1300 years ago, there were people working in Ireland and Scotland to spread the Christian faith. In Ireland, Patrick had established many monasteries and from there Columba had come to Iona, a tiny island off the west coast of Scotland, to establish a monastery and many other Christian centres.

From Columba's monastery, a man called Aidan was sent from Iona at the invitation of King Oswald of Northumbria to set up a monastery at Lindisfarne on the north-east coast. It was also to be a school where Anglo-Saxon boys could be trained to become priests and missionaries. It was in this school that Cedd and his brothers Caelin, Cynebil and Chad learnt to read and write in Latin, and learnt to teach the Christian faith.

The four brothers were all ordained as priests and two of them, Cedd and Chad, later became bishops. Cedd's first mission was to go to the midlands, then called Mercia, at the request of its ruler, King Paeda, who wanted his people to become Christians. King Sigbert (Sigeberht the Good) of the East Saxons (Essex) visited Northumbria and became a Christian himself, he then asked for a similar mission to that made in Mercia to be made to the East Saxons, it was Cedd who was sent. 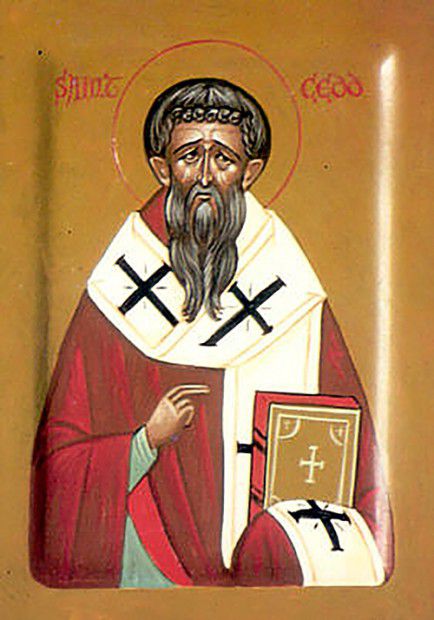