The approach, made by approximately 1000 pilgrims per month. Every year on the first weekend in July Pilgrims from all over the world take part in the annual Bradwell Festival.

Nearly there, that wonderful moment of anticipation just as you reach the chapel. This same road has been used by visitors to the Chapel for over 1300 years. Before that it was used by the Romans. Inside, simplicity, beauty and peace.

A feeling of spirituality and history. Consecrated in 654 AD, this is the earliest Cathedral in the Country of which so much remains.

Above the Altar the cross depicting Christ and St Cedd. The Chapel's unique altar with its three inset stones. 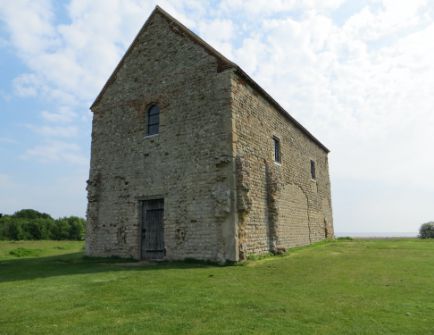